The heart of the Alexandria Seaport Foundation is relationships.

Together, our staff, volunteers, and apprentices forge new paths toward the future and, in the process, transform each others’ lives. 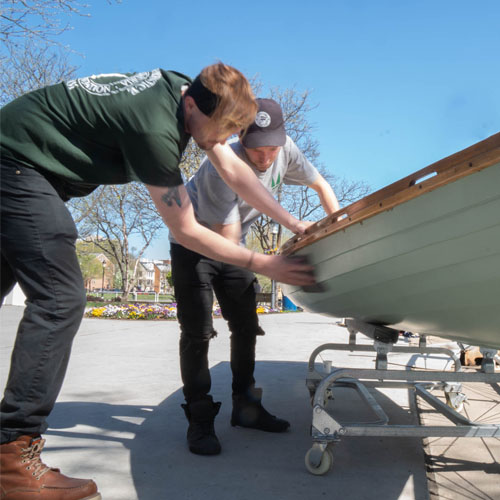 After graduating from the Apprentice Program in 2016, Darryl enrolled in Northern Virginia Community College. He is now finishing his associate’s degree in social work. In addition, Darryl is a full-time employee at Sherwin-Williams and is looking forward to new career opportunities when he completes his degree.

Matt graduated from the Apprentice Program in February of 2018. He was immediately hired by the Tall Ship Providence Foundation and traveled to Maine to work as a carpenter on the Providence’s restoration. Matt loves working on historic boats and is planning to move to Maine permanently.

Rey graduated from the Apprentice Program in mid-2018 and landed a full-time job at Teel Construction, where he works currently. Rey is considering his next steps, which may include the US Marines or college.

Veshean graduated from the Apprentice Program at the end of 2018 and began a culinary training program with DC Kitchen. Veshean plans to become a chef.

Upon graduating from the Apprentice Program in mid-2018, Diante was hired by Scott Management to learn trade skills in the building maintenance field. He continues to work with Scott Management. 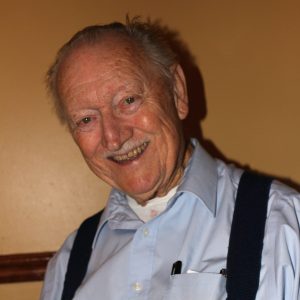 Bill Hunley passed away in February, 2020, at the Waterford home he built almost 50 years ago. For those who knew Bill, you know that ASF wouldn’t exist without Bill’s work. In May of 1992, Bill and I sat down for lunch at the Fish Market restaurant, never really having spoken before. Within the time of that lunch, we sketched out on place mats the path of ASF’s “Boat Building School” which we followed for the next 5 years. Bill knew how to plan. He’d been the Chief Naval Architect of the U.S. Navy. By ’92, he was fully invested in volunteer work to help the community. As part of that effort, he was serving as a member of ASF’s Board of Directors, and later was Chair when we really got things rolling. It was Bill’s idea to work with the youths who could benefit from building and sailing a boat.

Bill could build just about anything. And, either through his work or his interests he just about did. Aircraft carriers, deep-sea submersibles, black powder rifles, houses, stringed musical instruments, fly fishing equipment, book binding, and printing. Along with being kind, generous and good natured, he was wickedly smart. When we would launch a boat we’d just built, we’d have a contest. Who could get closest to marking the actual waterline where the boat would float? Bill always won. After about the fifth boat, we figured out that he wasn’t guessing. I remember asking him about this. His response was basically, “Oh no. I just figure out the weights of what went into the boat and its underwater volume. It’s not guessing. It’s a simple calculation.” Simple for some…

Born in 1925 into a boat building and farming family in Mathews County, Virginia. Living through being a lead scout in Patton’s army in World War Two. Having an incredibly stimulating career. Marrying Carol and having two daughters he couldn’t have loved more. Bill led an amazing life. His last year, he wanted to get out and build something, or grow the garden, but he wasn’t physically able. However when we’d get together, he’d always say how much he had enjoyed the work we’d done together at ASF.

It’s been the privilege of my life to have known him, worked with him and had him for a friend. There have been few people more influential to me. Hundreds if not thousands of (then) young people owe Bill a good part of their future. He didn’t need their acknowledgement. He was just happy to have done the work.

The Seaport Foundation’s work is enriched through volunteers of all kinds. Learn more about how you can get engaged.